When we brought home Ronnie (our awesome little Netherlands Dwarf) he was  just 8 weeks old.

He was tiny; being a Netherlands Dwarf it’s hard to imagine him being smaller than he is now, but he certainly was.

He had also already gained a reputation for being trouble.

We bought Ronnie from friends and so we got regular stories of his antics as a baby rabbit.

We knew he was trouble form the very start, but we fell in love with him anyway.

Ronnie and his two other siblings (one boy, one girl) were the result of Ronnie’s father escaping his cage and finding his way to Ronnie’s mothers cage.

Obviously, neither rabbit had been Neutered yet.

Around 31 days later, our friends had three little surprises waiting for them.

Apparently, Ronnie and siblings didn’t much like their father.

Whenever they would be put together in a cage they would fight and our friends couldn’t bond them.

Of course, they were vying for dominance and to put it bluntly; the children won. I don’t think the father’s heart was in it.

Ronnie was the ring leader and it didn’t surprise me one little bit.

With the amount of peeing on the couch he does, he’s been trying to assert his dominance for quite some time now.

That and he likes to bully me.

Those of you who follow The Bunny Lowdown Facebook page will already know that Ronnie has also been bullying me. The other night he broke into my study (i.e. someone left the door open. That someone may or may not have been me. It was me.) and vandalised my computer.

After spending an hour checking the array of wires behind my desk, here’s the result of the crime:

But it did get me thinking.

Firstly, back to when he was a baby and he bullied his father (just like he’s bullying me now).

Secondly, it made me wonder: what would happen if we ever had to look after a baby rabbit? What would we do?

How would we look after the baby rabbits?

We wouldn’t even know where to start.

So I decided to look into it – here’s what I found.

I think the first thing to work out is: what is a baby rabbit called?

This we know. It’s kids stuff. But what about a baby rabbit?

I bet you think a baby rabbit is called bunny, right? I know I did when I first thought about it.

“Bunny” is just an affectionate term that has developed for our little fluff balls over time.

A baby rabbit is actually called a Kitten.

Anyway, let’s carry on with the baby rabbit education.

We brought Ronnie home after 8 weeks and not any sooner.

It turns out, that was for a very good reason.

According to The Mystery of Rabbit Poop research paper, it’s important not to wean a baby rabbit away from their mother before 8 weeks because:

Without mother’s antibodies, complex organic compounds and proper pH environment her milk provides to help protect the baby’s intestines, these babies are highly susceptible to over-proliferation of foreign bacteria.

In that regard, one great piece of advise for anybody reading this thinking about buying a baby rabbit: don’t buy a baby rabbit from a pet shop or a breeder before the age of 8 weeks old.

As mentioned above, the baby rabbit still requires their mothers milk to survive and without it simple things such as human contact could prove fatal to them.

This is because their immune system hasn’t yet fully developed and so they’re susceptible to a common human intestinal bacterium called Escherichia coli.

This bacteria is literally all over us, so any kind of handling of a little bunny can transmit it.

Another reasons not to buy or sell any rabbit under the age of 8 weeks is that it’s actually illegal.

According to the book Rabbits (The Animal Answer Guides: Q&A for the Curious Naturalist), a baby rabbits rapid growth before weaning can be directly attributed to their mothers milk because its high in fat and protein and low in sugar.

Let’s take a look a typical baby rabbit growth schedule (be warned: this part may be far too cute for you to take).

The growth of baby rabbits is determined by two main contributing factors:

There’s only so much of their mother’s milk to go around.

That means larger litters in which the milk must be spread thinly among the babies will mean they’re getting less of the essential nutrients they need to grow compared to a smaller litter.

Baby rabbits with larger birth weights tend to grow faster due to the fact they can better compete for their mother’s milk and thereby get more nutrients and everything else it needs to grow.

Baby rabbits grow faster at higher temperatures compared to those growing at lower ones.

At lower temperatures, a baby rabbit needs to focus more of their energy on heat regulation, rather than growth.

Stands to reason, right? Rabbits are warm-blooded mammals just like us. That’s why incubators are used to aid baby growth.

However, interestingly, larger litters of baby rabbits require less energy devoted to temperature regulation due to the fact their increase numbers are able to generate better heat huddling together.

But it get’s even more interesting.

According to the book Rabbits (The Animal Answer Guides: Q&A for the Curious Naturalist), a recent study by Rodel has revealed that baby rabbits in a litter of three grew relatively faster at lower temperatures than litters of two at higher temperatures, despite the higher competition for their mothers milk.

Caring for your Baby Rabbit

If you suddenly find yourself with a baby rabbit you might be wondering “How do I care for them?”

Or perhaps more likely “How do I care for them differently compared to older rabbits?”

Another good question might be “How do I make sure they’re okay?”

Or even “Why isn’t the mother looking after the baby rabbits?”

Wait…what? The mother isn’t looking after her babies?

That’s right and according to The House Rabbit Society this is common behaviour.

After the babies are born the mother will leave the nest and only return every 24 hours for just 2 to 4 minutes at a time to feed her babies.

This comes from instinct, passed down genetically from when Rabbits were in the wild. A mother constantly nursing her babies would attract the attention from predators.

While their mother is away, the baby rabbits will burrow to the bottom of the nest and hide, until their mother returns.

The mothers milk will sustain a baby rabbit for 24 hours at time and optional feeding time is between midnight and 5am.

What can you take away from that? If you have your mother separated from the baby rabbits as they prefer to be, you may need to get up in the middle of the night in order to allow the mother feed their babies.

Only rarely will a mother abandon or ignore her babies, but if you’re unsure of the health of your baby rabbits then check them early each morning. They should be warm and their bellies round due to a recent feeding.

In a rare occasion, this may occur when a mother is very immature. If this is the case, the mother will not build a nest and the production of milk may be very delayed.

If this is the case, it’s important you spot this early and intervene. The babies can be hand-fed until the mother is able to take over.

Again, weighing the babies is the best way to tell if they’re being adequately nourished.

The Role of the Father

In most cases, the father will remain tolerant of the baby rabbits and, if neutered, may be left with the litter.

Only when the baby rabbits reach puberty, should the father be separated. This is because he will begin to nip and play rough with his sons and could potentially cause them harm.

It is also worth pointing out that you should probably neuter the father before returning him to the mother as she can fall pregnant again immediately after giving birth.

What if the mother isn’t feeding her babies?

As mentioned above, if you have an immature mother they may not be producing milk yet and it’s up to you to keep the baby rabbits alive.

So what can you do?

According to Dr. Dana Krempels Phd.D, a good baby rabbit replacement formula can be made up of:

Mix ingredients together in a lidded container, and shake very well until colostrum is dissolved. It’s best to mix this a few hours in advance so that the colostrum has time to soften and suspend easily.

Heat the formula to about 105 degrees Farenheit and keep it warm in a water bath while you feed the babies. They are generally more eager to accept warm formula.

So that was quite a lot to take in. Let’s take a look at some of the key things we can takeaway from all of this:

Please leave a comment below if you have found this article useful or if you have anything to add to it! 🙂 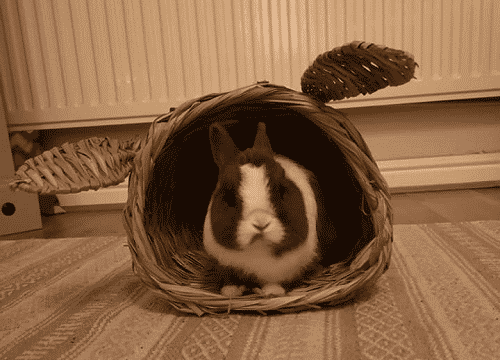 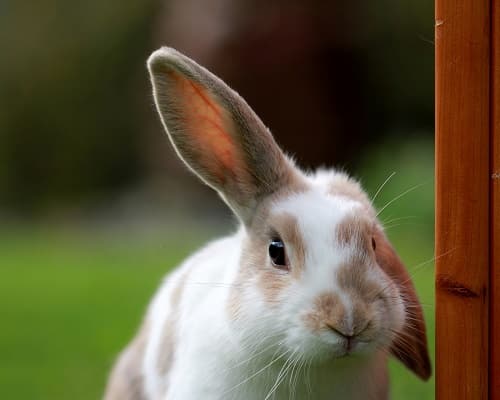 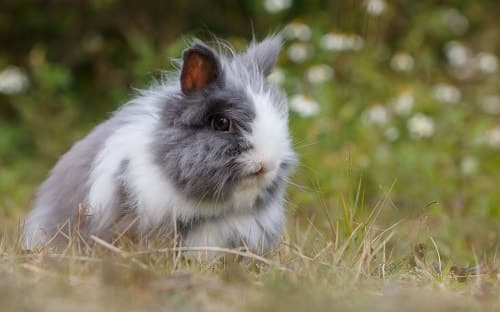 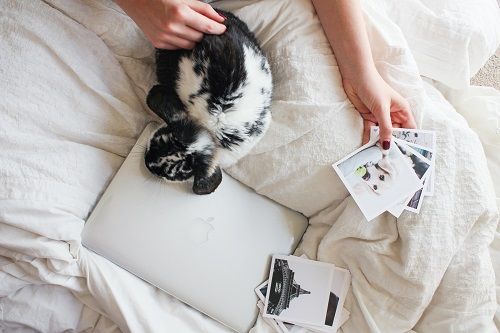 How much does a Rabbit cost?