One question I get asked a lot about safe rabbit foods and healthy rabbit diet is this: can rabbits eat bananas?

My answer is this: they can, but in small doses.

Ronnie and the Banana incident

Readers familiar with the blog, will already know about Ronnie – my totally awesome pet rabbit.

Ronnie loves this awesome Banana and Papaya treat snack and I mean he loves it – he even preferred it to Curly Kale and that’s saying a lot.

We only give it to him as a treat every now and again, but every time we do he wolfs it down.

Because he liked this treat so much,  we decided to try him on fresh Banana to see if he liked that just as much. After doing a little research into quantities and amounts, we added a couple bits of Banana to his daily treats.

He loved that too, but it didn’t love him. His pellets became runny and strange not long afterwards and it quite clearly upset the little guy’s tummy 🙁

Bad parents or what?

Strange thing was, we genuinely didn’t give him that much banana, but it was obviously too much for his little tummy to handle.

After that, he was hesitant to eat banana again. Whenever we left him the tinniest of amounts in his cage afterwards, he would always leave them and prefer to stick with his rabbit pellets.

When we held the banana for him to eat, he would back away from it. I think it properly upset his tummy and the little fella got a little scared 🙁

He still absolutely loves his Banana and Papaya treat snacks though.

So how much Banana is too much?

As I previously mentioned, I did a little research into whether rabbits can eat bananas. I think the problem with Ronnie and Bananas was I gave him a little too much and it made him poorly.

So how much Banana should I have given him?

According to Rabbit Life:

Rabbits should not be given a piece of banana larger than an adult’s thumb.

Okay, so how often can Rabbits eat Banana?

According to The Rabbit House Society:

Sugary fruits such as bananas and grapes should be used only sparingly, as occasional treats. Bunnies have a sweet tooth and if left to their own devices will devour sugary foods to the exclusion of healthful ones.

TL;DR. So can Rabbits Eat Bananas?

But, there’s not much in the way of nutritional value in Bananas to benefit rabbits.

So here’s what you need to do:

At least with treats like Ronnie’s Banana and Papaya treat snacks there’s a good mix of hay with the fruit and vegetables to make the treats a little more healthy.

If you have any further questions regarding what rabbits can are okay to eat, check out my ultimate Rabbit Food List article for a comprehensive list of safe bunny foods. 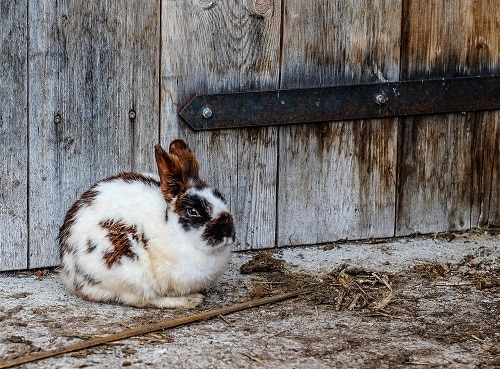 What Can Rabbits NOT Eat? (65 Foods You Shouldn’t Feed Your Bunny) 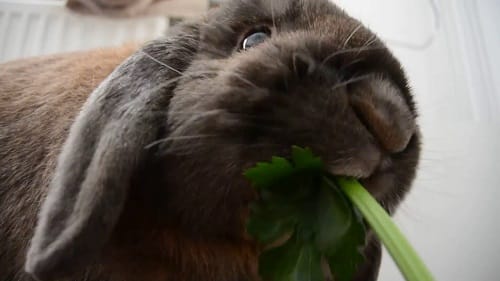 What do Rabbits Eat? The 66 item ultimate rabbit food list 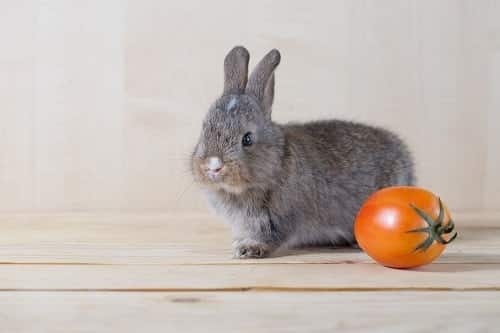 Can Rabbits Eat Tomatoes? Here’s all you need to know 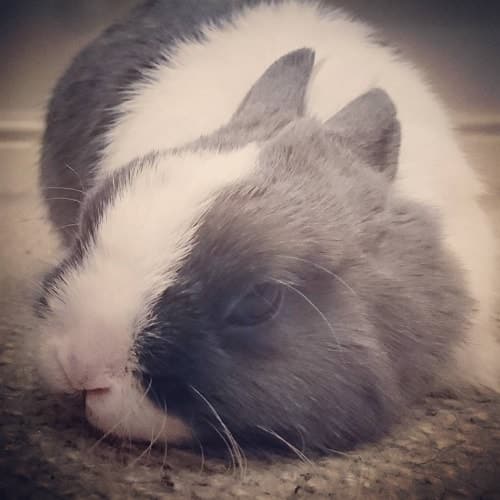 Rabbit Diet: How to keep your pet bunny healthy